The White House Turns Its Back On America’s Birds

The White House Turns Its Back On America’s Birds 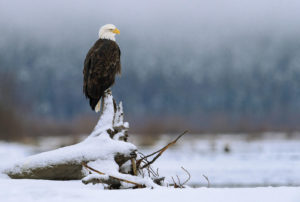 “Gutting the MBTA runs counter to decades of legal precedent as well as basic conservative principles—for generations, Republicans and Democrats have embraced both conservation and economic growth and now this Administration is pitting them against each other. The Migratory Bird Treaty Act is one of the most important conservation laws we have.

“We will engage our 1.2 million members to defend the MBTA from this and any other attack on the laws that protect birds.”

Congress passed the MBTA in 1918 (2018 will be its centennial year) in response to public outcry over the mass slaughter of birds, which threatened egrets and other species with extirpation. The law prohibits killing or harming America’s birds except under certain conditions, including managed hunting seasons for game species. The law protects more than 1,000 bird species in part because it requires industries implement commonsense best management practices like covering tar pits and marking transmission lines.

Facts and figures on industrial causes of bird mortality in the United States:

The National Audubon Society protects birds and the places they need, today and tomorrow, throughout the Americas using science, advocacy, education and on-the-ground conservation. Audubon’s state programs, nature centers, chapters and partners have an unparalleled wingspan that reaches millions of people each year to inform, inspire and unite diverse communities in conservation action. Since 1905, Audubon’s vision has been a world in which people and wildlife thrive. Audubon is a nonprofit conservation organization. Learn more how to help at www.audubon.organd follow us on Twitter and Instagram at @audubonsociety.