Edward Hicks Parry established the standard for service that this award commemorates. He served as president of the Wyncote Bird Club for 25 years and compiler for the Christmas Bird Count for 53 years. His leadership led to the creation of the Crosswicks Wildlife Sanctuary. Parry was a principal and key supporter of the initiatives which transformed the Wyncote Bird Club into a chapter of the National Audubon Society.
Recipients of the Parry Award are honored for their distinguished service to the Wyncote Audubon Society. The Wyncote Audubon Board of Directors acknowledges that their work is significant and worthy of recognition 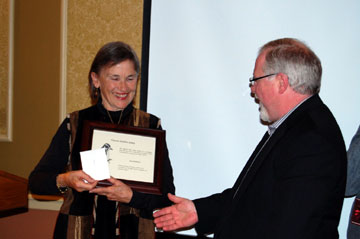 The list of recipients of the Edward Hicks Parry Award includes: