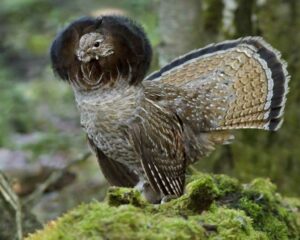 The dire results in recent reports of scientific studies tell us that birds and wildlife have been in dramatic and precipitous decline. This is the result of several critical factors that include catastrophic loss of habitat exacerbated by the effects of climate change. We have learned that America’s wildlife is in crisis—and today, more than one-third of North American bird species are under threat. Despite these dire warnings, there is still hope and time to take action. We need strong action to empower solutions to protect habitat, and that’s exactly what the “Recovering America’s Wildlife Act” was designed to do.

H.R.3742 was introduced in this 116th Congress. It represents the BOLD vision our nation needs to address this crisis and rescue more birds from the brink by supporting wildlife conservation efforts by tribes and in all 50 states. A major provision of this legislation is the provision to distribute funds to states to support non-game wildlife programs including fish, birds, and other wildlife. This act will support increased and dedicated funding for Pennsylvania bird conservation. There are 90 bird Species of Greatest Conservation Need in Pennsylvania’s Wildlife Action Plan that would be helped by these funds. This includes species like ruffed grouse, peregrine falcon, American black duck, golden-winged warbler, scarlet tanager, and wood thrush, to name a few.

The good news is that Representatives Brendan Boyle, Madeleine Dean, and Brian Fitzpatrick have all signed on as sponsors for this legislation. Please reach out and thank them, on behalf of Wyncote Audubon, for their support! If you are a constituent of Congressman Dwight Evans, please reach out to him and ask him to cosponsor.