The Peregrines in the Steeple of St. John the Baptist Church 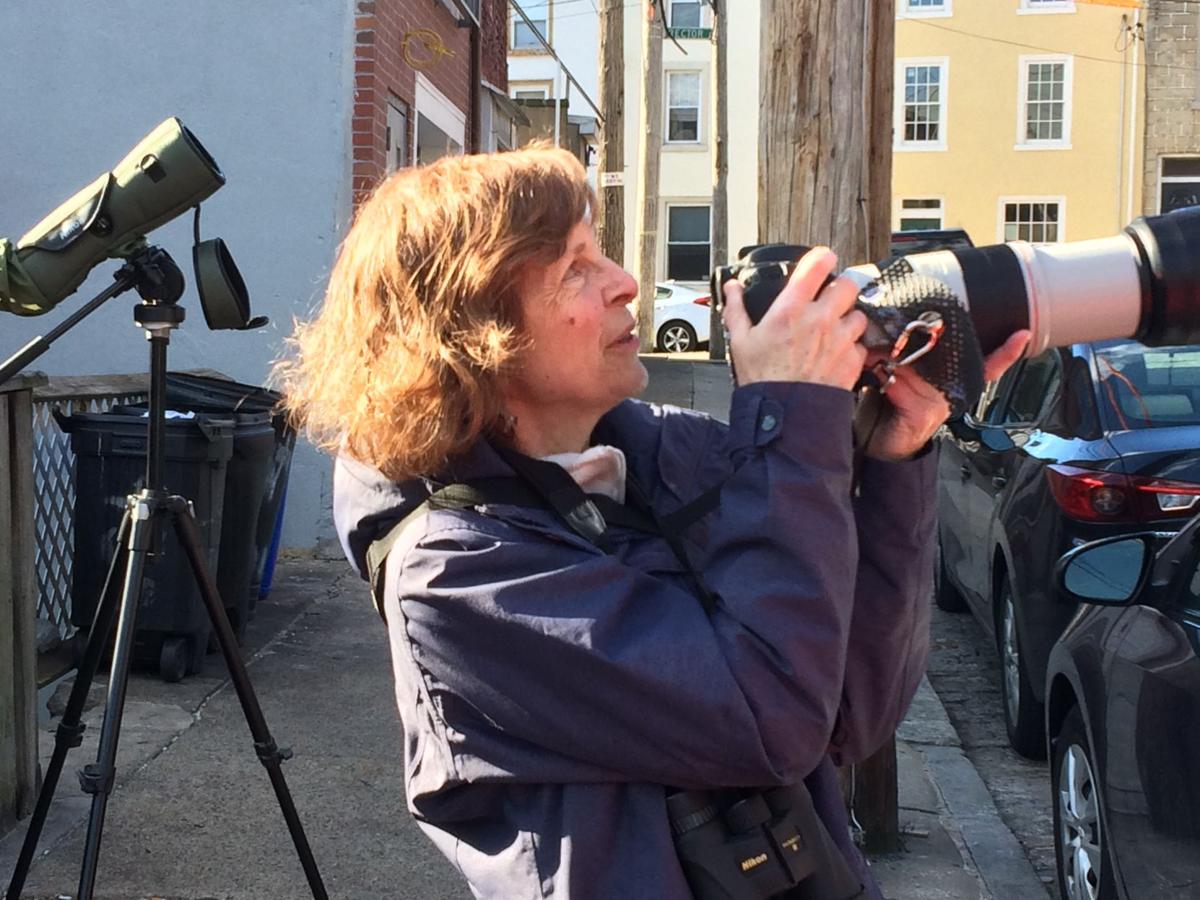 The Peregrines in the Steeple of St. John the Baptist Church

On February 17, 2011, Judy Stepenaskie was walking across the Green Lane Bridge in Manayunk looking for ducks on the Schuylkill River below, when she saw another birder walking across the bridge from the opposite direction. The birder introduced himself and while they were talking spotted a Peregrine Falcon perched on the old Railroad Bridge about 100 yards away. That was the beginning of her special birding adventure, and Judy has been following the Manayunk Peregrines ever since.

That Spring, the Peregrines nested inside the steeple of St. John the Baptist R.C. Church, in a space previously occupied by Rock Doves. The steeple has one of the best views in all of Manayunk and the Peregrines have returned to it every year.

In this talk, Judy tells the story of these Peregrines and their offspring. You’ll see them flying, courting, roosting, nesting and feeding their young. You’ll see the fledglings stretch their wings in preparation for their first flight and see them grow until one day they are on their own. Next spring the story begins again.

Judy Stepenaskie is a long-time Member of Wyncote Audubon. In May 2017 she became a Board member and assumed the position of Field Trip Chairperson. Judy has a Master’s Degree in Environmental Science from Drexel University and is now retired after a career in Occupational Health and Safety.